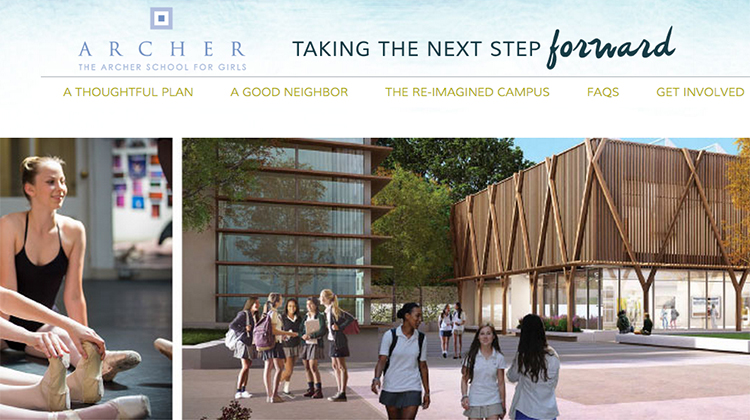 Archer School for Girls moved from its original location in Pacific Palisades to a former retirement home for the Order of the Eastern Star.

After a protracted negotiation between the school and nearby residents, a detailed set of conditions and restrictions appropriate for a low-density residential neighborhood were agreed upon.

The strong opposition to that move was because the Eastern Star Home was immediately adjacent to the most congested intersection on Sunset Boulevard in West LA, Barrington Avenue, with its only driveway opening directly on Sunset, and because the school was likely to generate a lot of noise that would impact the over 200 residences that immediately adjoin that property.

In 2011, Archer announced its proposal to very substantially expand its physical facilities as well as its onsite athletic and cultural events, which would attract spectators and attendees. And the proposal stated that over 130,000 construction vehicle round trips would be involved, and provides for unlimited use of flagmen on Sunset and Barrington to facilitate the construction

After discussions with the neighboring residents and various nearby homeowner associations, Archer in early 2015 revised its plan from a construction period spanning 74 months to 36 months, now to include Saturdays, with only modest reductions in the scope of the construction work involved.